Posted on August 14, 2011 by Patricia Wilson-Smith 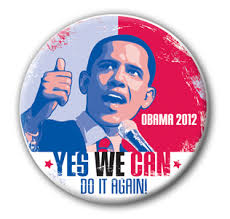 Announcing the first national conference call for members of Black Women for Obama, September 1, 2011 at 8PM EST. Join us that evening as we begin to discuss the goals of the organization, and how we can begin to get the word out among not only Black women, but women and men of all races all over the country who want to see President Barack Obama re-elected as we do!

To Join The Call:

Let’s do it again in 2012, so that President Obama can finish the important work he’s started! Don’t be fooled by a political climate in which a Republican-controlled House of Representatives has done little or nothing to come to the table with solutions, and even worse, has blocked any real attempts at bi-partisan compromise! President Obama is still the right choice for America – let’s give him the time he needs to turn this nation around and restore civility to our political discourse by sending him back to the White House. We’re looking for leaders from every state who want to serve as Directors and coordinate activities for other BWFO members in your state – if you’re interested, please email us at StateChapters@blackwomenforobama.org, and then join us on September 1, 2011 at 8PM and let your voice be heard!

The meeting will be moderated by Patricia Wilson-Smith, the Executive Director of Black Women for Obama. See you there!

As a native Missourian, it’s been heart-breaking watching the almost total devastation of Sunday’s tornadoes in Joplin, Missouri. The stories of pain and loss are gut-wrenching, and if you’re far away from the Midwest, especially in these shaky economic times, it would be easy to feel helpless. But the American Red Cross makes it easy to play a small part in helping the people that are suffering re-build, and it couldn’t be easier.

To donate $10 through the American Red Cross to help recovery in Joplin, MO, text JOPLIN to 90999 from your cell phone.

The additional information that follows came directly from Missouri’s Department of Public Safety on the best way to make a difference in helping Joplin—volunteer, donations, ways to contact family in the area, and the United Way 2-1-1:

-Missourians who need disaster information, shelter information or referrals are urged to call:
The United Way’s 2-1-1 service number is now available for most areas in Missouri. In areas where the 211 number is not operational, citizens can call 800-427-4626.

-Residents affected by the tornado who wish to notify their friends and family that they are safe should go to:https://safeandwell.communityos.org/cms/index.php. Friends and family who would like to check on their loved ones in the affected area can use the same site.

Please do what you can to help – $10 from millions of Americans will make all the difference once the media has gone home, and the next newsworthy event takes hold to our collective attentions. The people in this ravaged area will still need help then, so do your part now.

Update: 10:02pm EST – MSNBC has just called the race for Kathy Hochul, the Democrat in the race. Booyah!

Deeply Republican district – the 26th in New York, going down in flames for Repulicans because of Paul Ryan’s “Kill Medicare” bill. Yikes.

As of this writing, with 5% of precincts reporting, Democrat Kathy Hocul is in the lead with 48% of the vote, Jane Corwin is trailing with 43% of the vote, and dark horse Jack Davis is bringing up the rear as expected with 8% of the vote.

A little background. This is the congressional district vacated earlier this year by Republican and very married Representative Christopher Lee, who gave up his seat right after he gave up his shirt on Craig’s List trying to pick up…somebody. The thing is, unlike almost all of the rest of New York, this little district has voted consistently Republican in every race in recent history. Apparently, until tonight.

Tonight, voters in that district are voicing their deep dissapointment over the Republican candidates endorsement of the Ryan Medicare blaster bill. Hochul, the Democratic candidate held firm to her opposition of the bill, and made it a centerpiece of her campaign. Corwin, the Republican, hitched her wagon to the Ryan bill, that is until the polls started to mock her, and she tried to back off of her position. Too late, though, it looks like.

Alas and alack – I have to call it a night before we get the final results, but even if Ms. Corwin somehow manages to pull this one off (which looks truly doubtful at this point), Republicans all over the country HAVE to be re-thinking this whole “Medicare as sacrificial deficit lamb” stuff. If indeed Ms. Hochul takes this district tonight, it’s going to be endlessly entertaining tomorrow watching how the Conservative spin machine squirms out of this. Stay tuned.

A Letter to Jan

On Friday, May 20th, I received a response to a Craig’s List ad soliciting contributors for this blog.  The response came from a woman named Jan B. who is an apparent supporter of Herman Cain’s. I thought her email to me was fascinating, and my response to her even more fascinating (I kid), and both are included below. I’d love to hear your thoughts on the matter.

Why are you supporting him, because he has African roots?  Please get educated on his policies and do a background check on his chosen czars.    I believe if you do this you might change your mind.  Study the health care bill.  Are there somethings you would not like to suffer or your love ones that could happen to you. How about going to jail if you don’t pay for your health insurance? Or, you have a major disease and the government will not pay for your illness because of expenses?  These are true facts. His policies and the corrupted individuals who co-side with  him are here to destroy the America you live in.
A better candidate for 2012 election is our own  Herman Cain  check him out. True Black America!

I absolutely love it when total strangers email me making a bunch of assumptions about what I do or don’t know. I think one of my biggest problems with Conservatives (of all varieties) is the tendency some of you have to spout rhetorical nonsense about “Czars”, and the Government threatening to arrest people for not maintaining their health care for no other reason than to scare people. But you want to talk about health care? Let’s.

My mother lived with me for 5 years, after she lost her kidney function and was later diagnosed with breast cancer. After 60+ years of paying into the Medicare and Social Security systems as a contributing member of society, her medical bills were so high that she and I were both forced into bankruptcy. She was too sick to walk, but she had to suffer the humiliation of going to court to speak on her own behalf regarding her astronomical medical bills. It was horrible – we were defenseless against the high costs of her care, and powerless to do anything about the skyrocketing costs as they mounted.

The truly sad thing is, my mother’s is not the worst story I’ve heard regarding the state of health care in America. People are literally dying because they don’t have access to health care, in the RICHEST NATION IN THE WORLD! If you can’t see why that’s a problem, then you’re soul-less, and it’s a waste of time to debate you. I’m not saying that the Health Care bill is perfect – far from it. But beleaguering the fact that one might potentially be fined for not maintaining health coverage in a society where you can literally be jailed for not maintaining liability insurance on your CAR is a little silly.

You dilute your point by saying things like “His [Obama’s] policies and the corrupted individuals who co-side with  him are here to destroy the America you live in.” It makes you sound like a zealot intent on turning everyone you meet against Obama just because. And as for Herman Cain – I’m very familiar with Mr. Cain. I listened to his show here locally in Atlanta when he was still on the air. I respect him as a business man, and a fellow technologist, but he supports most of the same policies that nearly drove this country into a ditch over the last decade, so I can’t support him. I don’t care what his race is. And I think that’s the most offensive thing of all about your email.

You assume I support President Obama because of his race. That demeans me, and him. If you’d wandered across my blog back in 2007, you’d have found that in the beginning, I was quite torn between Obama and Clinton, and in fact, only made my decision to support Obama after researching his policies, reading his book, and a whole lot of soul searching, since even I back then didn’t hold out a lot of hope that he could win in this country. So, again – you minimize the effectiveness of your argument by making blanket assumptions – let’s debate the issues, not hurl baseless accusations. It doesn’t help the collective dialog.

Thanks for responding to my Craig’s List ad, though it certainly was not the kind of response I was after. It’s even more important now than ever that we have these conversations, but we also all must do what we can to make sure our conversations are productive and responsible. I hope you’ll join me in that. I await your response.

Posted in Did You Know? | 3 Comments
Black Women for Obama
Blog at WordPress.com.
Loading Comments...